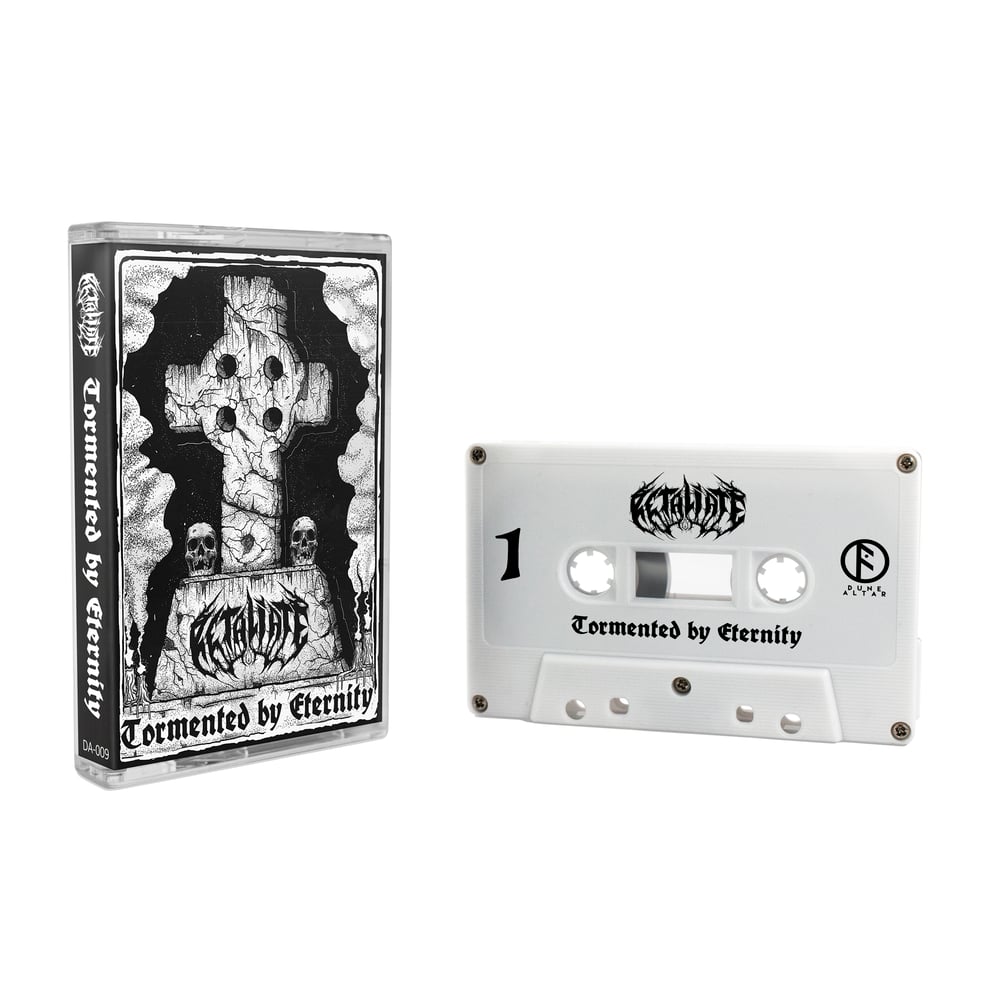 a discography thus far from RETALIATE
white cassette
ltd to 150

RETALIATE is a death/thrash metal band from Joinville, a smallish conservative town along the southwest border of Brazil.  The band formed in 2014, influenced by the classic death and thrash metal bands of the 80s and 90s, and feeling impelled to make fast and aggressive music repudiating the government, the establishment, and the sick and sickening society surrounding them.

Retaliate was founded by Edson Souza and Andrei Ruan de Souza (no relation), on guitar and bass respectively.  In 2015, the two were joined on drums by Claudio Wurfel.  The trio immediately set to work in Andrei’s studio, recording and releasing their first DIY demo, Death Does Not Heal.  The strength of this demo immediately caught the attention of the Brazilian underground metal scene. In 2016, the band self-released their first full-length album, Stream of Excrements.  These eight songs opened the doors to local shows and festivals around the country.  In 2017, Andrei left the band, and with Edson assuming bass duties, the band soldiered on, recording the Tormented by Eternity demo.  Subsequently, Weslei Harnack replaced Claudio Wurfel on drums and Anderson “Biko” Luiz joined on second guitar.  With a renewed vigor, the band stormed into 2018.

All orders ship out once-a-week.  Your patience is appreciated.  If you have any issues regarding your order, please feel free to contact us via email at dunealtar@gmail.com.

IF YOU'RE ORDERING FROM OUTSIDE THE UNITED STATES AND YOUR SHIPPING COSTS GET OUT OF CONTROL, PLEASE EMAIL BEFORE ORDERING

(note: photo is a mockup, not the actual product)